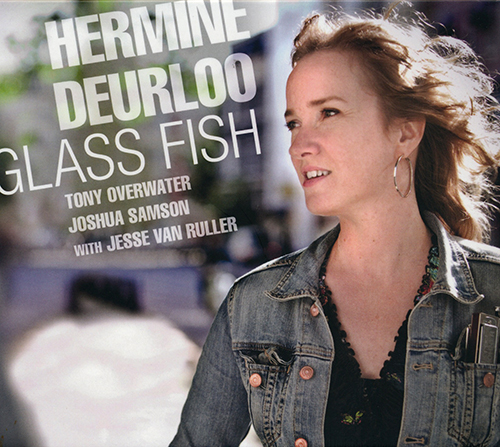 “Although Hermine Deurloo made her recording debut as a leader in 2005 and has appeared on soundtracks, I was not familiar with her at all until hearing her on Glass Fish. It is obvious throughout this disc that she ranks among the top jazz harmonica players of the past decade. While she is not a bop-oriented player like Toots Thielemans, she has her own gentle and lyrical voice on the harmonica along with impressive fluency. She also knows how to let a melody speak for itself. The music is light, subtle and an excellent showcase not only for Hermine Deurloo (who deserves to be much better known outside her native Netherlands) but also for her quartet.” — Scott Yanow, LA Jazz Scene, March 2013

“With Glass Fish, Hermine makes beautiful, minimal jazz, together with Jesse van Ruller on guitar, Tony Overwater on bass, and Joshua Samson on percussion. It is a graceful dance of four equals, who allow each other space, while listening carefully in deciding what their music needs next. Deurloo’s harmonica often calls up associations with film music. Nevertheless, thanks to the combination of instruments such as the hang, slide guitar, or ukelele, the outcome is consistently unexpected and refined.” — Amanda Kuyper, NRC, October 2012

“The world should be grateful to the diva for her decision to exchange the alt sax for the chromatic harmonica. With this album, Hermine Deurloo shows that the harmonica is a fullblown jazz instrument.” —  Rudie Kagie, Vrij Nederland, November 2012

“The whole is as a glassfish: transparent and clear. Hermine Deurloo sparkles and is thoroughly pure, with apparent playful ease. Not sidestepping its challenges, Deurloo has feeling for beautiful compositions.” — Peter J. Korten, JazzFlits, December 2012